The book has been adapted into television programmes, films, radio broadcasts and plays. In 2003, the book was number 8 on BBC's survey The Big Read.

DOWNLOAD NOW
1984, published in 1949, is a dystopian and satirical novel. It revolves around Winston Smith, who lives in a nation called Oceania, in a province called Airstrip One, which represents present-day England. This state is controlled by the Party, headed by a mysterious leader who is addressed as Emmanuel Goldstein, also known as the Big Brother. The Party watches every single move that Smith and other citizens make. The nation's language and history is forcefully changed for the benefit of the Party. A new language, Newspeak, is being compulsively implemented to ensure works that have anything to do with political rebellion are omitted. In Oceania, even rebellious thoughts are illegal and are said to be the worst of all crimes. The people are suppressed and any form of individuality is not tolerated, including love and sex. Smith works as a low-ranking member of the Party who alters historical records. He hates the Party and thus buys an illegal diary in which he pens down his thoughts. He meets Julia, a coworker, who seems to been romantically inclined towards him. He however doubts that she is a Party spy who will get him imprisoned for his 'thoughtcrimes'. Her love turns out to be true and they have a covert affair. Smith's hatred for the Party grows day by day and he is convinced that a powerful Party official O'Brien is actually trying to overthrow the present government with the help of a secret group named the Brotherhood. As the story goes on, readers learn the twists and turns that life in Oceania has in store for Smith. He faces terror, betrayal, freedom, and a broken spirit. 1984 is the author's haunting vision of the future. The book has been adapted into television programmes, films, radio broadcasts and plays. In 2003, the book was number 8 on BBC's survey The Big Read. It was 6th and 13th on the reader's and editor's list of Modern Library 100 Best Novels, respectively. In 2005, it was added to the 100 Best English Language Novel from 1923 to 2005 by TIME magazine. ABOUT THE AUTHOR: Eric Arthur Blair, better known by his pen name George Orwell (1903-1950), was an English author and journalist. His work is marked by keen intelligence and wit, a profound awareness of social injustice, an intense opposition to totalitarianism, a passion for clarity in language, and a belief in democratic socialism. In addition to his literary career Orwell served as a police officer with the Indian Imperial Police in Burma from 1922-1927 and fought with the Republicans in the Spanish Civil War from 1936-1937. He was severely wounded when he was shot through his throat. Orwell and his wife were accused of 'Rabid Trotskyism' and tried in absentia in Barcelona, along with other leaders of the POUM, in 1938. However by then they had escaped from Spain and returned to England. Between 1941 and 1943, Orwell worked on propaganda for the BBC. In 1943, he became literary editor of the Tribune, a weekly left-wing magazine. He was a prolific polemical journalist, article writer, literary critic, reviewer, poet and writer of fiction, and considered perhaps the twentieth century's best chronicler of English culture. Orwell is best known for the dystopian novel Nineteen Eighty-Four (published in 1949) and the satirical novella Animal Farm (1945)-they have together sold more copies than any two books by any other twentieth-century author. His 1938 book Homage to Catalonia, an account of his experiences as a volunteer on the Republican side during the Spanish Civil War, together with numerous essays on politics, literature, language, and culture, are widely acclaimed. In 2008, The Times ranked him second on a list of 'The 50 greatest British writers since 1945'.

Authors: George Orwell
Categories:
1984, published in 1949, is a dystopian and satirical novel. It revolves around Winston Smith, who lives in a nation called Oceania, in a province called Airstrip One, which represents present-day England. This state is controlled by the Party, headed by a mysterious leader who is addressed as Emmanuel Goldstein, 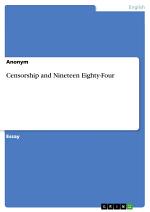 Authors: Anonym
Categories:
Essay from the year 2011 in the subject English Language and Literature Studies - Literature, grade: 94%, Coventry University, course: BA Contemporary Studies, language: English, abstract: George Orwell and his controversial masterpiece 1984 has been at the heart of criticism, challenge and general opinion during the past century onwards. However, 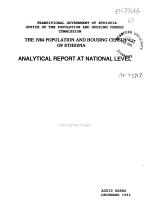 The 1984 Population and Housing Census of Ethiopia

Authors: Anonym
Categories: Ethiopia
Books about The 1984 Population and Housing Census of Ethiopia 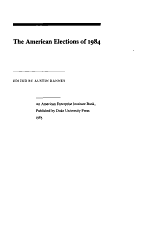 The American Elections of 1984 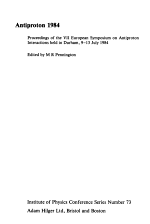