At sunset on Sunday 5th March 1944 an airborne force set out from Lalaghat airstrip in Assam aboard gliders piloted by Americans of the 1st Air Commando USAAF.

DOWNLOAD NOW
At sunset on Sunday 5th March 1944 an airborne force set out from Lalaghat airstrip in Assam aboard gliders piloted by Americans of the 1st Air Commando USAAF. They were men of Special Force, otherwise known as "The Chindits" led by their famous commander Major General Orde Wingate. In the brilliant moonlight they flew eastwards over the steep mountain range separating India from Burma, crossed the mighty Chindwin River, which lay like a glittering silver ribbon far below them, to land in a small clearing, codenamed "Broadway" in the jungle 130 miles behind the Japanese front lines. Despite heavy casualties sustained in the glider landings, the survivors by dint of prodigious effort managed in a few hours to construct a rough airstrip, which on the following nights received Dakota transport aircraft ferrying men, mules and equipment. They achieved complete surprise over the enemy and within a period of six days, in a total of 78 glider and 660 Dakota sorties, some of which alighted at a nearby airstrip codenamed "Chowringhee", 9,052 men 1,360 pack animals and 250 tons of supplies were landed in a brilliantly successful operation for the loss of a total of only 121 men killed or wounded. It was the biggest operation of its kind so far launched during the War, though only three months later it was to be followed by "Overlord", the gigantic Allied invasion of Normandy. Fighting with grim determination against their fanatical opponents, in what became a conflict of primeval ferocity, with no quarter asked or given, the Chindits exerted a stranglehold over the enemy supply routes and so impeded the Japanese divisions to the north which were attempting to force their way into India via Imphal and Kohima. When the monsoon came, the fighting continued in a sea of mud, with the Chindits often starving and short of ammunition since the low lying cloud prevented supply drops being made to them by the RAF and USAAF. Inflicting enormous casualties on the enemy, they also took heavy casualties from battle and sickness until, at the last, broken in body but not in spirit, less than 5% of those who still survived were judged on medical examination to be physically fit enough to continue the fight. 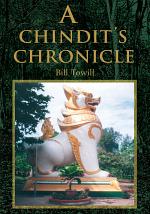 Authors: Bill Towill
Categories: Biography & Autobiography
At sunset on Sunday 5th March 1944 an airborne force set out from Lalaghat airstrip in Assam aboard gliders piloted by Americans of the 1st Air Commando USAAF. They were men of Special Force, otherwise known as "The Chindits" led by their famous commander Major General Orde Wingate. In the 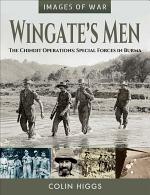 Authors: Colin Higgs
Categories: History
This volume of rare WWII photographs offers a vivid chronicle of the exploits and operations of the famous British special forces unit stationed in Burma. The Long Range Penetration Groups, more commonly known as the Chindits, were possibly the most famous fighting formations of the Second World War’s Burma campaign. 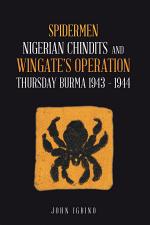 Authors: Biyi Bandele
Categories: Fiction
The story chronicles the Chindits, a band of African soldiers enlisted by the British military and sent to Burma to fight the Japanese. Among them is Farabiti Banana, a 14-year-old Nigerian who becomes a soldier to follow the lead of his friends and hopes the military will make him a 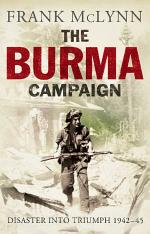 Authors: Frank McLynn
Categories: History
This history reveals the failures and fortunes of leadership during the WWII campaign into Japanese-occupied Burma: “a thoroughly satisfying experience” (Kirkus). Acclaimed historian Frank McLynn tells the story of four larger-than-life Allied commanders whose lives collided in the Burma campaign, one of the most punishing and protracted military adventures of