DOWNLOAD NOW
John T. Cullen (author/novelist at age 19 of the far future SF novel SUMMER PLANETS ISBN 978-0743322508) began writing poetry as a child. He's been a published poet since age 18 or 19, now mostly working as a novelist and essayist.The selection in Calling Earth... Can Anyone Hear Me? covers most of his poetry written ages 13-19, with a few as late as 22. They are a varied, turbulent blend of sensations, broken heart, lost loves (and some very sunny, steamy affairs gone good), in addition to political, religious, and philosophical ponderings. Circumstances caused him to spend a great amount of time (daily) hitchhiking on New England highways before he owned a car, especially while attending the University of Connecticut at the remote Storrs campus. His highway hitching culminated in a 4,000+ mile Kerouac-like thumbing odyssey from New England to Oregon and then down to the Mexican border at San Diego, with $40 in his pocket, a home-made backpack, and a plastic bag for cover at night. He slept in a ditch in Pennsylvania, the prairies of Kansas, forests of Oregon, and beaches of California.From an early age he became an artist with words, loving various influences from music, literature, and art. Among his many favorite poets to name just a quick few, in no particular order, spanning millennia: Pablo Neruda, Catullus, Rainer Maria Rilke, the Psalmist, Sappho, T. S. Eliot, W. H. Auden, Edgar Allan Poe, and... the line stretches around the block. In music, his influences range from Mozart to Junior Walker to John Coltrane to Bob Dylan to Steve Miller (and many more). In art, he has many favorites again and to name just a few: Rembrandt, for his use of darkness to emphasize light and personality in his subjects; Botticelli, for Simonetta Vespucci and Primavera and Venus; the ancient Pompeiian wall artist for his original Primavera; and many more. John T. Cullen always carries a pen and scraps of paper while smoking and drinking coffee in student dives, capturing the moment's passions and their interior explosive reflections. His free-form, jazzy lyrics illuminate life like puddles on a rainy day: reflected neon as we hustle by the bus stop, usually with a pretty girl's image and questioning eyes looking sultry in the dusky atmosphere. He has been a professional writer since age 17 (summer interne newspaper reporter on a New England metro daily) and a novelist since age 19 (SUMMER PLANETS, SF Novel). In his 20s, he enlisted in the U.S. Army and served honorably for five years in Germany, still writing poetry, short stories, and novels when not on duty or driving all over Europe in his old orange VW van. In addition to his UConn BA in English, he earned a Master's in Business Administration from Boston University while serving near Heidelberg, Germany. Returning to The World, he worked as a technical writer in a rocket factory filled with groaning ghosts and angry demons. He is now retired and finally publishing long-ago works filled with youthful wonder, many for the first time in the light of day but fresh as ever. 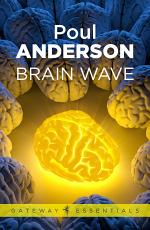 Authors: Poul Anderson
Categories: Fiction
'Imagine that tomorrow neurotic response is so accelerated on this earth that an I.Q. of 500 is commonplace, a moron has the thinking capacity of yesterday's intellectual. Poul Anderson's detailedly plausible exploration of his theme makes for an unusually satisfying and stimulating book.'

Calling Earth... Can Anyone Hear Me?

Authors: John T Cullen
Categories: Fiction
John T. Cullen (author/novelist at age 19 of the far future SF novel SUMMER PLANETS ISBN 978-0743322508) began writing poetry as a child. He's been a published poet since age 18 or 19, now mostly working as a novelist and essayist.The selection in Calling Earth... Can Anyone Hear Me? covers 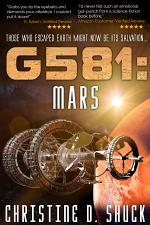 Authors: Shuck Christine
Categories: Fiction
In the blink of an eye, Earth went from overpopulation to the brink of annihilation. A deadly contagion has slaughtered billions, society has collapsed, and the Earth is in a state of total crisis. Even worse, the raging virus has followed those who thought they had escaped - leaving the 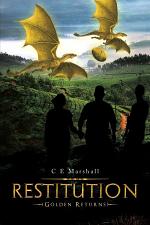 Authors: C E Marshall
Categories: Fiction
Restitution is the third book in the series that began with When Evil Calls. We now follow Chris and Mary’s struggle to be accepted among the Dragonia whom they have joined. As the accident that turned Mary into one of the Dragonia, and subsequently Chris followed, has made them the 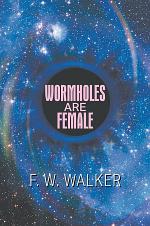 Authors: F. W. Walker
Categories: Fiction
An aging inventor, who is accidentally infected with regenerative nanotechnology, creates a wormhole that allows him to time travel back 12,000 years, where he meets the girl of his dreams. Continually regenerating into healthy young people, throughout the centuries the inventor and his Stone Age bride struggle to save the