Diana Vreeland was the fashion editor of the twentieth century.

DOWNLOAD NOW
Diana Vreeland was the fashion editor of the twentieth century. She had an incredible aura of glamour and a genius for enlivening life with enticing fantasy. Diana Vreeland goes behind the scenes to tell her story—how, with innate talent and hard work, the imaginative and ambitious daughter of an old New York society family became a legendary arbiter of fashion and style. It reveals the growth of her professional prowess and details her personal history, as it captures Vreeland's pizzazz, humor, flair, and flamboyance. This beautiful book—with a new preface by Vreeland's protÉgÉ and renowned fashion authority AndrÉ Leon Talley—is lavishly illustrated with more than three hundred drawings and photographs, many by the best fashion photographers of the time: Louise Dahl-Wolfe, Irving Penn, Cecil Beaton, and BrassaÏ. Here, too, are the trendsetters, artists, models, and celebrities with whom Vreeland worked and played, including Coco Chanel, Yves Saint Laurent, Hubert de Givenchy, Oscar de la Renta, Elsie de Wolfe, Andy Warhol, Truman Capote, and Jacqueline Kennedy. The fashion editor of Harper's Bazaar from 1937 to 1962, Vreeland first shook things up with her "Why Don't You...?" column. Working with the legendary editor Carmel Snow, she drastically changed the look of the magazine by using provocative, exciting photography. As editor in chief of Vogue from 1962 to 1971, she brought vitality and beauty to its pages, letting her photographers and editors follow their own creative bents, sending them off to shoots in foreign lands and encouraging them to use their talents in fresh and provocative ways. In 1972, she became special consultant to the Metropolitan Museum of Art's Costume Institute, where she masterminded costume extravaganzas, contributing to the new age of blockbuster museum exhibitions and bringing hundreds of thousands to see costume history. When Vreeland became blind in the mid-1980s she said it was because she had seen so many beautiful things. When she died in 1989 she became a legend. Her story is a vibrant and extraordinary one.

Authors: Eleanor Dwight
Categories: Biography & Autobiography
Diana Vreeland was the fashion editor of the twentieth century. She had an incredible aura of glamour and a genius for enlivening life with enticing fantasy. Diana Vreeland goes behind the scenes to tell her story—how, with innate talent and hard work, the imaginative and ambitious daughter of an old 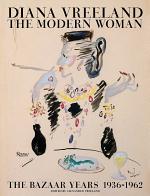 Authors: Alexander Vreeland
Categories: Biography & Autobiography
The first Vreeland book to focus on her three decades at Harper's Bazaar, where the legendary editor honed her singular take on fashion. ﻿In 1936, Harper's Bazaar editor in chief Carmel Snow made a decision that changed fashion forever when she invited a stylish London transplant named Diana Vreeland to

Authors: Amanda Mackenzie Stuart
Categories: Biography & Autobiography
Diane von Furstenberg once called Diana Vreeland a "beacon of fashion for the twentieth century." Now, in this definitive biography by Amanda Mackenzie Stuart, is the story of the iconic fashion editor as you've never seen her before. From her career at the helms of Harper's Bazaar and Vogue, to

Authors: Amanda MacKenzie Stuart
Categories: Fashion editors
Described by an admirer as 'the High Druidess of fashion, the Supreme Pontiff, Perpetual Curate and Archpresbyter of elegance, the Vicaress of Style', Diana Vreeland is the cloth from which 21st-century fashion editors are cut. Diana joined Harper's Bazaar in 1936, where her pizzazz and singular point of view quickly 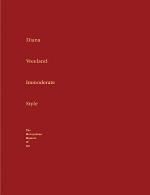