Burkhard Bilger, “Has the Self-Driving Car Arrived at Last?” New Yorker, Nov. ... “90% of the time because of human error”: Parmy Olson, “Driverless Cars for $10,000? This Startup Is Challenging Google With a Simple Sensor,” Forbes, ...

DOWNLOAD NOW
Tech giants and automakers have been teaching robots to drive. Robot-controlled cars have already logged millions of miles. These technological marvels promise cleaner air, smoother traffic, and tens of thousands of lives saved. But even if robots turn into responsible drivers, are we ready to be a nation of passengers? In Are We There Yet?, Dan Albert combines historical scholarship with personal narrative to explore how car culture has suffused America’s DNA. The plain, old-fashioned, human-driven car built our economy, won our wars, and shaped our democratic creed as it moved us about. Driver’s ed made teenagers into citizens; auto repair made boys into men. Crusades against the automobile are nothing new. Its arrival sparked battles over street space, pitting the masses against the millionaires who terrorized pedestrians. When the masses got cars of their own, they learned to love driving too. During World War II, Washington nationalized Detroit and postwar Americans embraced car and country as if they were one. Then came 1960s environmentalism and the energy crises of the 1970s. Many predicted, even welcomed, the death of the automobile. But many more rose to its defense. They embraced trucker culture and took to Citizen Band radios, demanding enough gas to keep their big boats afloat. Since the 1980s, the car culture has triumphed and we now drive more miles than ever before. Have we reached the end of the road this time? Fewer young people are learning to drive. Ride hailing is replacing car buying, and with electrification a long and noble tradition of amateur car repair—to say nothing of the visceral sound of gasoline exploding inside a big V8—will come to an end. When a robot takes over the driver’s seat, what’s to become of us? Are We There Yet? carries us from muddy tracks to superhighways, from horseless buggies to driverless electric vehicles. Like any good road trip, it’s an adventure so fun you don’t even notice how much you’ve learned along the way.

Authors: Hod Lipson, Melba Kurman
Categories:
How driverless cars will change the way we live, play and work, and what technologies make them possible. Few inventions have changed life as much as the car. These large hunks of steel and horsepower are everywhere, so ubiquitous and deeply intertwined with our lives, jobs and families that we 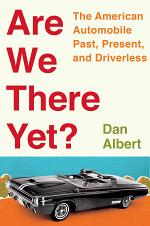 Are We There Yet?: The American Automobile Past, Present, and Driverless

Authors: Dan Albert
Categories: Transportation
Tech giants and automakers have been teaching robots to drive. Robot-controlled cars have already logged millions of miles. These technological marvels promise cleaner air, smoother traffic, and tens of thousands of lives saved. But even if robots turn into responsible drivers, are we ready to be a nation of passengers? 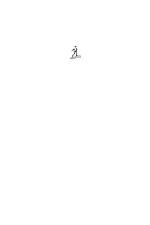 The Industries of the Future

Authors: Alec Ross
Categories: Business & Economics
Leading innovation expert Alec Ross explains what's next for the world, mapping out the advances and stumbling blocks that will emerge in the next ten years—for businesses, governments, and the global community—and how we can navigate them. While Alec Ross was working as Hillary Clinton's Senior Advisor on Innovation, he 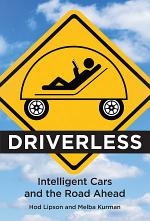 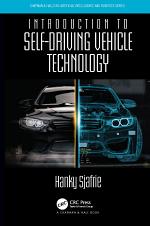 Authors: Hanky Sjafrie
Categories: Computers
This book aims to teach the core concepts that make Self-driving vehicles (SDVs) possible. It is aimed at people who want to get their teeth into self-driving vehicle technology, by providing genuine technical insights where other books just skim the surface. The book tackles everything from sensors and perception to