Voices that sorely need to be heard find space in this book.

DOWNLOAD NOW
December 17, 2010 - January 14, 2011. These dates have been fixed as the beginning and completion of a revolution which took the world by surprise, opening up a sudden and peculiar spatial upheaval. Mohamed Bouazizi's gesture, setting himself on fire, was an extreme one. Immediately following this act, squares and streets started to fill up, from Tunisia to Tahrir square, to Sana'a, to Tripoli and to Damascus. The revolutions that originated were revolutions against political dictatorships and against dictatorship over people's lives, against the way poverty was rendered invisible and against unbearable existences. These revolutionary struggles staged an unprecedented capacity for common action based on a logic of 'spatial takeover.' These existences decided to stand up and be counted, taking over streets, squares, Kasbas, medinas, taking up their freedom, the freedom to be, to go, to be noticed at last. They did so forming an uncontainable movement, from Tunis to Cairo, from Maghreb to Mashreq. From Tunisia to Europe. These 'Arab Revolutions' and, the one that sparked in Tunisia in particular, have not followed just one direction in their 'spatial takeover.' They have also managed to fill a series of European spaces with existences and bodies: streets, islands, stations, parks; from Lampedusa to Paris, crossing the sea in an unexpected and sudden capacity to unify two shores and two continents, hence erasing centuries of history, acting on and performing the 'natural' proximity of these shores. Spaces in Migration: Postcards of a Revolution attempts to rearticulate some of the images of what happened starting from December 17, 2010, sketching a necessarily fragmented story, a series of postcards, and piecing together fragments of before- and after- moments, following the spaces in migration of this revolution. 'Spaces in Migration is a compelling read, which brings together a plethora of voices while making a decisive intervention in debates about migration in the wake of the Tunisian revolution. Voices that sorely need to be heard find space in this book. Deftly combining analysis with rich empirical detail, the authors succeed in highlighting critical dimensions of the revolution as well as key problems of contemporary migration and humanitarian regimes.' - Vicki Squire, Associate Professor of International Security, University of Warwick, UK 'Spaces in Migration is an intellectual eruption - the eruption of the Arab Spring, and the Tunisian Revolution in particular, into the critical study of migration and borders. Combining the very nuanced analyses of the Italian scholar-activist contributors with the transcripts of their interviews with Tunisian migrants and their families, and also with refugees from various African countries encamped in the borderzone between Libya and Tunisia, this book provides a poignant exploration of how the autonomous subjectivity of migrants can radically destabilize the logics of border control.' - Nicholas De Genova, co-editor of The Deportation Regime: Sovereignty, Space, and the Freedom of Movement (Duke University Press, 2010) 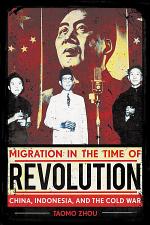 Migration in the Time of Revolution

Authors: Taomo Zhou
Categories: History
Migration in the Time of Revolution examines how two of the world's most populous countries interacted between 1945 and 1967, when the concept of citizenship was contested, political loyalty was in question, identity was fluid, and the boundaries of political mobilization were blurred. Taomo Zhou asks probing questions of this

Authors: Martina Tazzioli, Federica Sossi, Glenda Garelli
Categories: Arab Spring, 2010-
December 17, 2010 - January 14, 2011. These dates have been fixed as the beginning and completion of a revolution which took the world by surprise, opening up a sudden and peculiar spatial upheaval. Mohamed Bouazizi's gesture, setting himself on fire, was an extreme one. Immediately following this act, squares 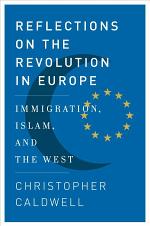 Reflections on the Revolution In Europe

Authors: Christopher Caldwell
Categories: Social Science
In light of cultural crises such as the Danish cartoon controversy and the terrorist attack on the Charlie Hebdo newspaper in Paris, Christopher Caldwell’s incisive perspective has never been more timely or indispensible. Reflections on the Revolution in Europe is destined to become the classic work on how Muslim immigration

From Revolution to Migration

Authors: Helen Oakley
Categories: Literary Criticism
This book focuses on Cuban and Cuban-American crime fiction of the 1990s and early twenty-first century. Contemporary authors, writing in both English and Spanish, have created new hybrid forms of the crime fiction genre that explore the problematic cultural interaction between Cuba and the United States. Through an analysis of 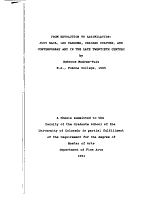 From Revolution to Assimilation