'This collection not only sketches life at sea in all its detail and diversity but also expands our understanding of the connections of gender, occupation, class, colonization, and race at sea and on land in the nineteenth century.

DOWNLOAD NOW
From the voyage of the Argonauts to the Tailhook scandal, seafaring has long been one of the most glaringly male-dominated occupations. In this groundbreaking interdisciplinary study, Margaret Creighton, Lisa Norling, and their co-authors explore the relationship of gender and seafaring in the Anglo-American age of sail. Drawing on a wide range of American and British sources—from diaries, logbooks, and account ledgers to songs, poetry, fiction, and a range of public sources—the authors show how popular fascination with seafaring and the sailors' rigorous, male-only life led to models of gender behavior based on "iron men" aboard ship and "stoic women" ashore. Yet Iron Men, Wooden Women also offers new material that defies conventional views. The authors investigate such topics as women in the American whaling industry and the role of the captain's wife aboard ship. They explore the careers of the female pirates Anne Bonny and Mary Read, as well as those of other women—"transvestite heroines"—who dressed as men to serve on the crews of sailing ships. And they explore the importance of gender and its connection to race for African American and other seamen in both the American and the British merchant marine. Contributors include both social historians and literary critics: Marcus Rediker, Dianne Dugaw, Ruth Wallis Herndon, Haskell Springer, W. Jeffrey Bolster, Laura Tabili, Lillian Nayder, and Melody Graulich, in addition to Margaret Creighton and Lisa Norling. 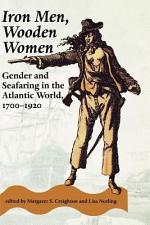 Authors: Margaret S. Creighton, Lisa Norling
Categories: History
From the voyage of the Argonauts to the Tailhook scandal, seafaring has long been one of the most glaringly male-dominated occupations. In this groundbreaking interdisciplinary study, Margaret Creighton, Lisa Norling, and their co-authors explore the relationship of gender and seafaring in the Anglo-American age of sail. Drawing on a wide 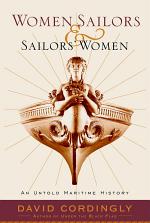 Authors: David Cordingly
Categories: History
For centuries the sea has been regarded as a male domain. Fisherman, navy officers, pirates, and explorers roamed the high seas while their wives and daughters stayed on shore. Oceangoing adventurers and the crews of their ships were part of an all-male world — or were they? In this illuminating 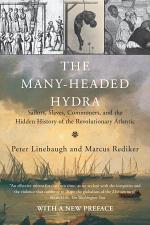 Authors: Peter Linebaugh, Marcus Rediker
Categories: History
Winner of the International Labor History Award Long before the American Revolution and the Declaration of the Rights of Man, a motley crew of sailors, slaves, pirates, laborers, market women, and indentured servants had ideas about freedom and equality that would forever change history. The Many Headed-Hydra recounts their stories 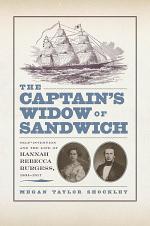 The Captain’s Widow of Sandwich 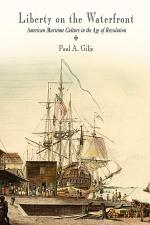 Liberty on the Waterfront

Authors: Paul A. Gilje
Categories: History
Through careful research and colorful accounts, historian Paul A. Gilje discovers what liberty meant to an important group of common men in American society, those who lived and worked on the waterfront and aboard ships. In the process he reveals that the idealized vision of liberty associated with the Founding