DOWNLOAD NOW
The Dutch Revolt has long been hailed as the triumph of political freedom over monarchical tyranny. In 1781, John Adams observed that the American Revolution was its "transcript." Known for its many protagonists—King Philip II, the Duke of Alba, the counts of Egmont and Hornes, radical Calvinists, obstreperous townspeople, and William of Orange—the Dutch Revolt brought into relief conflicts among civic freedoms, religious dissent, representative institutions, and royal authority. Drawing on a vast array of sources-including archival documents, political and religious pamphlets, ballads, chronicles and letters, and a rich store of popular prints-Peter Arnade gives us a new history of the core years of the revolt between 1566 and 1585, showing how the act of rebellion forged a political identity through ritual, symbol, and public action. In Beggars, Iconoclasts, and Civic Patriots, Arnade focuses on the political culture that took shape during the Revolt, a culture that itself fueled decades of turmoil. He sees the pulse of the Revolt in its public dramatization-the acts, words, and cultural representations that were its "daily bread and popular voice." The violent wave of radical iconoclasm that swept the southern Netherlands in 1566 is the book's pivot, setting the stage for the Duke of Alba's brutal effort to restore the authority of the Spanish crown. Arnade details the sieges and violent sacks of Dutch cities by the Army of Flanders, and the response of Dutch rebels, who touted defiant cities as the seats and guarantors of unassailable rights and freedoms. This civic patriotism hailed William of Orange as father of the fatherland, his apotheosis hearkening back to late medieval princely ritual even as it invoked new republican imagery. 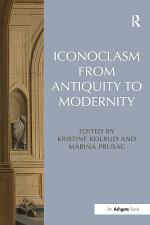 Iconoclasm from Antiquity to Modernity

Authors: Kristine Kolrud, Marina Prusac
Categories: Art
The phenomenon of iconoclasm, expressed through hostile actions towards images, has occurred in many different cultures throughout history. The destruction and mutilation of images is often motivated by a blend of political and religious ideas and beliefs, and the distinction between various kinds of ’iconoclasms’ is not absolute. In order 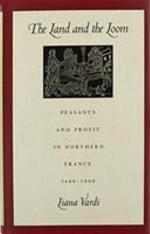 The Land and the Loom

Authors: Liana Vardi
Categories: History
As Vardi shows, they not only improved farming methods and raised yields during the eighteenth century, but also used land to finance investments in industry and to develop local business, far-flung commercial networks, and complex credit mechanisms. Vardi reveals how the peasants' responses to market opportunities depended largely on their 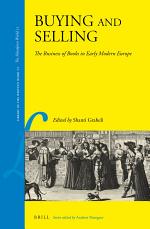 Authors: Shanti Graheli
Categories: History
Buying and Selling explores the business of books in and beyond Europe, investigating the practices adopted by traders and customers. 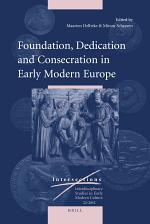 Authors: M. Delbeke, M. Schraven
Categories: History
Bringing together contributions from art history, architectural history, historiography and history of law, this volume is the first comprehensive exploration of the manifold meanings of foundation, dedication and consecration rituals and narratives in early modern culture. 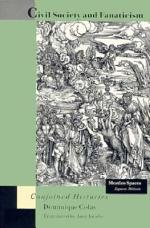