This book provides an in-depth study of China's information technology (IT) industry and policy over the last 15 years. It draws a connection between China's financial system and technological development outcomes.

DOWNLOAD NOW
China presents us with a conundrum. How has a developing country with a spectacularly inefficient financial system, coupled with asset-destroying state-owned firms, managed to create a number of vibrant high-tech firms? China's domestic financial system fails most private firms by neglecting to give them sufficient support to pursue technological upgrading, even while smothering state-favoured firms by providing them with too much support. Due to their foreign financing, multinational corporation's suffer from neither insufficient funds nor soft budget constraints, but they are insufficiently committed to China's development. Hybrid firms that combine ethnic Chinese management and foreign financing are the hidden dragons driving China's technological development. They avoid the maladies of China's domestic financial system while remaining committed to enhancing China's domestic technological capabilities. In sad contrast, China's domestic firms are technological paper tigers. State efforts to build local innovation clusters and create national champions have not managed to transform these firms into drivers of technological development. These findings upend fundamental debates about China's political economy. Rather than a choice between state capitalism and building domestic market institutions, China has fostered state capitalism even while tolerating the importing of foreign market institutions. While the book's findings suggest that China's state and domestic market institutions are ineffective, the hybrids promise an alternative way to avoid the middle-income trap. By documenting how variation in China's institutional terrain impacts technological development, the book also provides much needed nuance to widespread yet mutually irreconcilable claims that China is either an emerging innovation power or a technological backwater. Looking beyond China, hybrid-led development has implications for new alternative economic development models and new ways to conceptualize contemporary capitalism that go beyond current domestic institution-centric approaches. 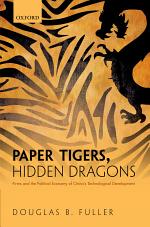 Authors: Douglas B. Fuller
Categories:
China presents us with a conundrum. How has a developing country with a spectacularly inefficient financial system, coupled with asset-destroying state-owned firms, managed to create a number of vibrant high-tech firms? China's domestic financial system fails most private firms by neglecting to give them sufficient support to pursue technological upgrading,
Language: en
Pages: 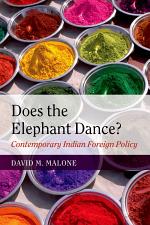 Does the Elephant Dance?

Authors: David M. Malone
Categories: Political Science
India today looms large globally, where it hardly loomed at all twenty years ago. It is likely to be a key global actor throughout the twenty-first century and could well emerge soon as one of the top five global powers. Does the Elephant Dance? seeks to survey the main features 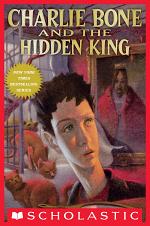 Children of the Red King #5: Charlie Bone and the Hidden King

Authors: Jenny Nimmo
Categories: Juvenile Fiction
The fifth book in the New York Times bestselling CHILDREN OF THE RED KING series! When Charlie turns twelve on New Year's Eve, the Flame Cats give him a grave warning: Something ancient has awoken, and Charlie must be watchful. Soon Charlie learns that the shadow from the Red King's 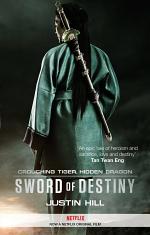 Authors: Wang Du Lu, Justin Hill
Categories: Fiction
When master warrior Shulien learns of the death of her family's patron, she abandons retirement and returns to the capital to protect Green Legend, a sword renowned for its historic triumphs. But much has happened in the years she has been in seclusion, and she finds herself beset on all