DOWNLOAD NOW
Annie Besant (née Wood; 1 October 1847 - 20 September 1933) was a British socialist, theosophist, women's rights activist, writer, orator, educationist, and philanthropist. Regarded as a champion of human freedom, she was an ardent supporter of both Irish and Indian self-rule. She was a prolific author with over three hundred books and pamphlets to her credit. As an educationist, her contributions included the founding of the Banaras Hindu University. In 1867, Annie, at age 20, married Frank Besant, a clergyman, and they had two children. However, Annie's increasingly unconventional religious views led to their legal separation in 1873. She then became a prominent speaker for the National Secular Society (NSS), as well as a writer, and a close friend of Charles Bradlaugh. In 1877 they were prosecuted for publishing a book by birth control campaigner Charles Knowlton. The scandal made them famous, and Bradlaugh was subsequently elected M.P. for Northampton in 1880. In 1890 Besant met Helena Blavatsky, and over the next few years her interest in theosophy grew, whilst her interest in secular matters waned. She became a member of the Theosophical Society and a prominent lecturer on the subject. As part of her theosophy-related work, she travelled to India. In 1898 she helped establish the Central Hindu School, and in 1922 she helped establish the Hyderabad (Sind) National Collegiate Board in Mumbai, India. In 1902, she established the first overseas Lodge of the International Order of Co-Freemasonry, Le Droit Humain. Over the next few years she established lodges in many parts of the British Empire. In 1907 she became president of the Theosophical Society, whose international headquarters were, by then, located in Adyar, Madras, (Chennai). She also became involved in politics in India, joining the Indian National Congress. When World War I broke out in 1914, she helped launch the Home Rule League to campaign for democracy in India, and dominion status within the British Empire. This led to her election as president of the India National Congress, in late 1917. In the late 1920s, Besant travelled to the United States with her protégé and adopted son Jiddu Krishnamurti, who she claimed was the new Messiah and incarnation of Buddha. Krishnamurti rejected these claims in 1929. After the war, she continued to campaign for Indian independence and for the causes of theosophy, until her death in 1933. (wikipedia.org)

The Case for India & The Basis of Morality

Authors: Annie Besant
Categories:
Annie Besant (née Wood; 1 October 1847 - 20 September 1933) was a British socialist, theosophist, women's rights activist, writer, orator, educationist, and philanthropist. Regarded as a champion of human freedom, she was an ardent supporter of both Irish and Indian self-rule. She was a prolific author with over three 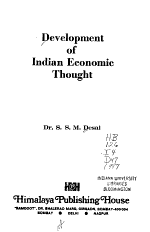 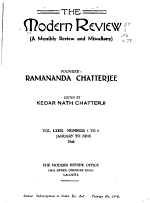 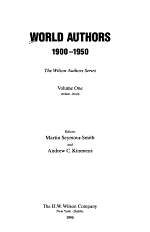 Authors: Martin Seymour-Smith, Andrew C. Kimmens
Categories: Reference
Provides almost 2700 articles on twentieth-century authors from all over the world who wrote in English or whose works are available in English translation. 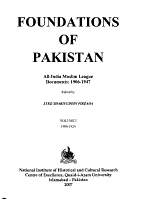