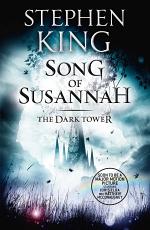 Authors: Stephen King
Categories: Fantasy fiction
This a pivotal instalment in the epic saga provides the key to the quest that defines Roland's life. In the next part of their journey to the tower, Roland and his band of followers face adversity from every side: Susannah Dean has been taken over by a demon-mother and uses