DOWNLOAD NOW
While many books explain the 'how' of Bitcoin, The Internet of Money series delves into the 'why' of Bitcoin. Following the world-wide success of Volume One and Volume Two, this third installment contains 12 of his most inspiring and thought-provoking talks over the past two years, including: Universal Access to Basic FinanceMeasuring Success: Price or PrincipleEscaping the Global Banking CartelLibre Not LibraUnstoppable Code: The Difference Between Can't and Won'tAround the world, governments and corporations are increasingly pursuing a reconstruction of money as a system-of-control and surveillance machine. Despite the emergence of an interconnected global society and economy through the decades-long expansion of the internet, the trajectory of these bureaucratic policies foreshadows dire consequences for financial inclusion and independence.Andreas contextualizes the significance of Bitcoin and open blockchains amid these socio-political and economic shifts: What if money could be created without an authority? Are corporate coins the first step towards techno neo-feudalism? Is the real "darknet" run by state intelligence agencies? What if everyone could have a Swiss bank in their pocket? Can we build digital communities resistant to gentrification?In 2013, Andreas M. Antonopoulos started publicly speaking about Bitcoin and quickly became one of the world's most sought-after speakers in the industry. He has delivered dozens of unique TED-style talks in venues ranging from the Henry Ford Museum to booked-out meetups in the Czech Republic and Argentina.In 2014, Antonopoulos authored the groundbreaking book, Mastering Bitcoin (O'Reilly Media), widely considered to be the best technical guide ever written about the technology. On 7 September 2016, Andreas launched his second book, The Internet of Money Volume One, on The Joe Rogan Experience podcast (the interview has since been viewed more than 300,000 times).The Internet of Money offered something that was desperately needed: an explanation of the philosophy, economics, politics, and poetics behind this technology.Make this book part of your collection and see why the internet of money will continue to transform the world and the internet itself

The Internet of Money Volume Three: A Collection of Talks by Andreas M. Antonopoulos

Authors: Andreas M. Antonopoulos
Categories: Computers
While many books explain the 'how' of Bitcoin, The Internet of Money series delves into the 'why' of Bitcoin. Following the world-wide success of Volume One and Volume Two, this third installment contains 12 of his most inspiring and thought-provoking talks over the past two years, including: Universal Access to 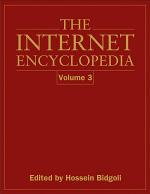 Authors: Hossein Bidgoli
Categories: Business & Economics
The Internet Encyclopedia in a 3-volume reference work on the internet as a business tool, IT platform, and communications and commerce medium. 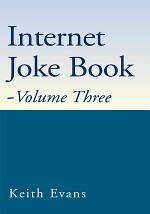 Authors: Keith Evans
Categories: Humor
The Internet Joke Book - Volume Three comes jam-packed with blooming jokes, queer stories, and the most facetious of satires gathered from throughout the United States and abroad, collected and compiled specifically for your enjoyment. Beyond the books jacket, (cover) you will come across page after zany page of amusing, 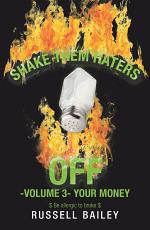 Shake Them Haters off -Volume 3- Your Money

Authors: Russell Bailey
Categories: Self-Help
Focus on your personal finance, don’t refuse to self-educate yourself on your money. 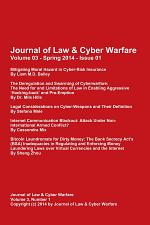