$5 million gift from the Maktoums (essentially an endowment) was the “fulcrum” for the center's growth. It has led to major gifts and endowments from other ...

DOWNLOAD NOW
In the December 30, 1967, edition of the weekly Thoroughbred trade publication, the Blood-Horse, was an announcement that took up one inch of space—James E. "Ted" Bassett III had been named assistant to the president of the Keeneland Association. It was sandwiched between equally short news items about a handicapping seminar at an East Coast racetrack and a California vacation trip by a horse-owning couple. Bassett's new job, in his own words, "was not earthshaking news." More than four decades later, Ted Bassett is one of the most respected figures within the global Thoroughbred industry. He has served as Keeneland's president, chairman of the board, and trustee, playing a critical role in its ascendency as a premier Thoroughbred track and auction house. Bassett was also president of Breeders' Cup Limited during its greatest period of growth and has been a key architect in the development of the Sport of Kings as we know it today. Written in collaboration with two-time Eclipse Award–winning journalist Bill Mooney, Keeneland's Ted Bassett: My Life recounts Bassett's extraordinary journey, including his days at Kent School and Yale University, through his U.S. Marine Corps service in the Pacific theater during World War II, and as director of the Kentucky State Police during the turbulent 1960s. He helped found the College of Justice & Safety at Eastern Kentucky University, and his continuing service to the Marine Corps has gained him the highest honors accorded to a civilian. During his forty-plus years with Keeneland, Bassett has hobnobbed with hot walkers in the track kitchen, hosted the first visit by Queen Elizabeth II to a United States track, and participated in many of the most important events in the modern history of horse racing. With self-effacing humor, characteristic charm, and candor, Bassett describes his association with historic figures such as J. Edgar Hoover and Kentucky governors Albert B. "Happy" Chandler, Edward T. "Ned" Breathitt, and John Y. Brown; and his friendships with racing personalities D. Wayne Lukas, Nick Zito, Ron McAnally, Pat Day, and Joe Hirsch. Bassett shares details about difficult corporate decisions and great racing events that only he can supply, and about the formation of Equibase, the premier data collection agency within the Thoroughbred industry. He tells about his role as an international ambassador for racing, which has made him a highly influential figure on six continents. Bassett often describes his life as a fascinating blur. That "blur" and all its unique components are brought into sharp focus in a book that is as wide-ranging as it is personal, filled with a gold mine of firsthand stories and historical details. In addition to highlighting Keeneland's reputation as the jewel of the Thoroughbred industry, Bassett chronicles the business of racing and accomplishments of many prominent people in the horse world, and elsewhere, during the twentieth century. 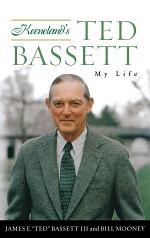 Authors: James E. "Ted" Bassett, Bill Mooney
Categories: Bibles
In the December 30, 1967, edition of the weekly Thoroughbred trade publication, the Blood-Horse, was an announcement that took up one inch of space—James E. "Ted" Bassett III had been named assistant to the president of the Keeneland Association. It was sandwiched between equally short news items about a handicapping
Language: en
Pages: 278 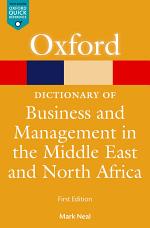 Authors: Mark Neal
Categories: Business & Economics
This innovative dictionary provides over 200 authoritative and clear A-Z definitions on the subject of business and management in the Middle East and North Africa region. Coverage includes key theoretical perspectives and concepts, events, companies, people, social customs, and sectors which have shaped and are shaping the development and structures 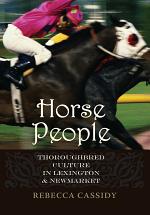