From the tote, he removed the deli sausages he had bought at the all-night supermarket and stripped away the packaging. When he opened the door, no alarm sounded. He tossed the eight sausages into the kitchen and crossed the threshold ...

DOWNLOAD NOW
NEW YORK TIMES BESTSELLER • Jane Hawk’s one-woman war comes to an explosive climax as the rogue FBI agent gambles everything against a terrifying conspiracy, for vengeance, for justice, and for humanity’s freedom—from the author of The Silent Corner. “Jane Hawk is arguably the best character Koontz has created. . . . Simply put, wow.”—Associated Press A visionary young filmmaker hunted for sport across a vast Colorado ranch by the celebrated billionaire at the heart of a monstrous cabal . . . A brilliant computer hacker slipping through top-secret databases a whisper ahead of security trackers, gathering the facts to fight the all-powerful perpetrators of mass murder . . . A pair of brutal operators, methodically shadowing their targets with every cutting-edge tool in the arsenal of today’s surveillance state . . . A sequence of quiet heroes—everyday citizens—stepping up, stepping forward, intent on countering the advancing darkness . . . A Vegas mob boss teamed with a homicidal sociopath, circling a beloved boy and his protectors, aiming to secure him as leverage against his fugitive mother . . . And that fugitive mother herself, ex-agent Jane Hawk, closing in on the malevolent architects of ruin she has stalked as they stalk her, prepared to sacrifice herself to finally bring them down. These are the people and circumstances of The Night Window, the thrilling new novel in Dean Koontz’s acclaimed Jane Hawk series. Replete—and then some—with the ingenious twists, the spellbinding action, the resonant themes, the sheer heart that have characterized Jane’s journey from the start, The Night Window follows its extraordinary heroine to her long-sought objective, in a stunning, unforgettable finale. Don’t miss any of Dean Koontz’s gripping Jane Hawk thrillers: THE SILENT CORNER • THE WHISPERING ROOM • THE CROOKED STAIRCASE • THE FORBIDDEN DOOR • THE NIGHT WINDOW “The spectacular finale to Jane’s story . . . will hit series fans with all the impact of a carefully calibrated hammer blow.”—Booklist (starred review) “The best installment in the series since the first . . . [Koontz] revs it up with entertaining encounters and offbeat humor.”—Kirkus Reviews 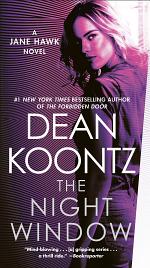 Authors: Dean Koontz
Categories: Fiction
NEW YORK TIMES BESTSELLER • Jane Hawk’s one-woman war comes to an explosive climax as the rogue FBI agent gambles everything against a terrifying conspiracy, for vengeance, for justice, and for humanity’s freedom—from the author of The Silent Corner. “Jane Hawk is arguably the best character Koontz has created. . 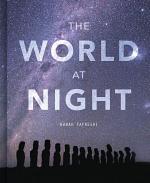 The World at Night

Authors: Babak Tafreshi
Categories: Photography
See the full beauty of our night sky revealed as never before in over 200 photographs from around the world. Bringing together the images of over 40 photographers across 25 countries, be astounded by the lights of the night sky in some of the darkest places on earth; discover the 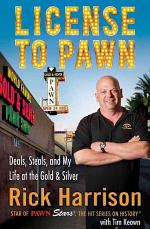 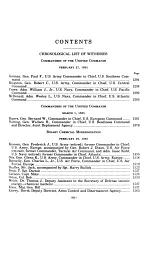 Department of Defense Authorization for Appropriations for Fiscal Year 1986 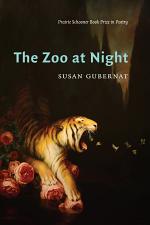 The Zoo at Night

Authors: Susan Gubernat
Categories: Poetry
Winner of the Prairie Schooner Book Prize in Poetry, Susan Gubernat's The Zoo at Night reflects with subtle craft on the dark side of love, death, the family romance, carnality, and lofty aspirations. She thinks of her poems as "night thoughts" resembling nocturnes, in which "a bit of light leaks