The Voice of Newfoundland: A Social History of the Broadcasting Corporation of Newfoundland, 1939–1949. Toronto: University of Toronto Press, 2008. Webber, Jeremy. Re-imagining Canada: Language, Culture, Community, and the Canadian ...

DOWNLOAD NOW
Frederick Rennie Emerson (1895-1972) was a dynamic presence in the cultural and intellectual life of Newfoundland and Labrador for much of the twentieth century. A musician, lawyer, educator, and folklore enthusiast, Emerson was a central figure in the preservation and mediation of Newfoundland culture in the tumultuous decades prior to and following Confederation with Canada in 1949. Glenn Colton shows how Emerson fostered greater awareness and understanding of Newfoundland's cultural heritage in local, national, and international contexts. His collaboration with song collector Maud Karpeles in the late 1920s preserved some of the most cherished folk songs in the English language, and a decade later, his lectures at Memorial University College emphasized folk traditions and classical repertoire to inspire cultural discovery for an entire generation. As Newfoundland's representative on the first Canada Council and vice-president of the Canadian Folk Music Society, he played a crucial role in shaping Canadian cultural policy during the transformative years of the mid-twentieth century. Colton also reveals the meaningful creative works Emerson composed in response to the same cultural heritage he documented and preserved: his one-act drama Proud Kate Sullivan (1940) is a pioneering depiction of Newfoundland life, and the folk-inspired Newfoundland Rhapsody (1964) is one of few examples of symphonic music composed by a Newfoundlander of his generation. Newfoundland Rhapsody explores Newfoundland society, Canada's emerging arts scene, and the international folk music community to offer a new lens through which to view the cultural history of twentieth-century Newfoundland and Canada. 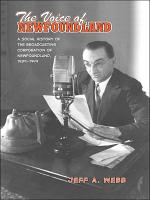 The Voice of Newfoundland

Authors: Jeff Webb
Categories: Performing Arts
Similar to the CBC and BBC, the Broadcasting Corporation of Newfoundland was a public broadcaster that was at the centre of a cultural and political change from 1939 to 1949, during which Newfoundland faced wartime challenges and engaged in a constitutional debate about whether to become integrated into Canada. The 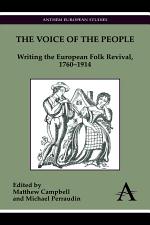 The Voice of the People

Authors: Matthew Campbell, Michael Perraudin
Categories: Literary Criticism
‘The Voice of the People’ presents a series of essays on literary aspects of the European folk revival of the eighteenth and nineteenth centuries, and focuses on two key practices of antiquarianism: the role that collecting and editing played in the formation of ethnological study in the European academy; and 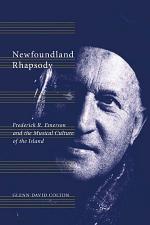 Authors: Glenn David Colton
Categories: Biography & Autobiography
Frederick Rennie Emerson (1895-1972) was a dynamic presence in the cultural and intellectual life of Newfoundland and Labrador for much of the twentieth century. A musician, lawyer, educator, and folklore enthusiast, Emerson was a central figure in the preservation and mediation of Newfoundland culture in the tumultuous decades prior to 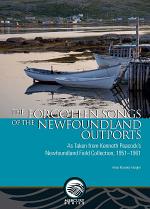 The Forgotten Songs of the Newfoundland Outports

Authors: Anna Kearney Guigné
Categories: Music
In 1951, musician Kenneth Peacock (1922–2000) secured a contract from the National Museum of Canada (today the Canadian Museum of History) to collect folksongs in Newfoundland. As the province had recently joined Confederation, the project was deemed a goodwill gesture, while at the same time adding to the Museum’s meager 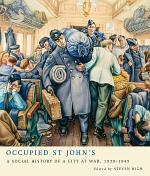 Authors: Steven High
Categories: History
In January 1941, the hulking twenty-one thousand ton troopship Edmund B. Alexander docked in St John's harbor, carrying a thousand American soldiers sent to join the thousands of Canadian troops protecting Newfoundland against attack by Germany. France had fallen, Great Britain was fighting for its survival, and Newfoundland - then